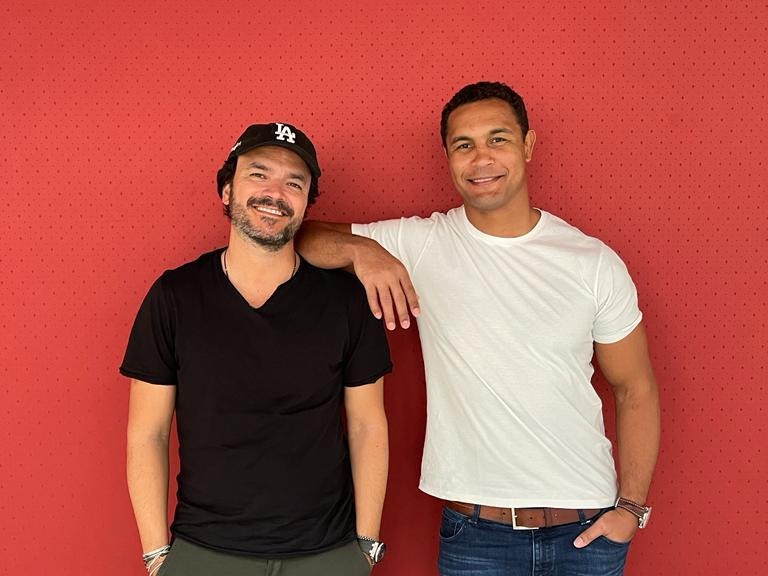 Thierry and Laurent are above all childhood friends. The first one made a career in rugby by becoming one of the best players of his generation and the other one has always been involved in entrepreneurship and new technologies.

Engineer by training, Thierry has always considered rugby as a stage in his life and not an end in itself. This is why, very early in his sporting career, he invested in new technology companies.

This choice was undoubtedly influenced by discussions with his colleague Laurent, himself an entrepreneur at heart. Curious by nature, Laurent quickly became interested in the business world.

For nearly 20 years, while one was traveling the world, the other was driving new projects and experiencing success in several tech companies. Today, their complementarity has evolved and is now reflected in the following way: Laurent is an expert on the North American market while Thierry covers the French market.

They recently had a major success in selling their first Cloud Messaging company, MS Innovations, a European leader in the sector. They also managed to "unearth" the Canadian nugget SoleSavy, specialized in Sneakers, today valued at over $200m. Their goal is to share their network and experience by investing in projects that make sense and in which they can have an impact.